Japan Arts Council is a public agency dedicated to preserving and promoting traditional performing arts
as well as to promoting and popularizing modern performing arts,
playing a vital role in promoting arts and culture in Japan.

To present performances, train successors/performers, and conduct research on traditional and modern performing arts,
in order to undertake the preservation, promotion, and popularization of these arts,
as well as to provide financial support to arts and culture.

In conceiving the design of the emblem of National Theatre, I got an idea from the Water Flame of Yakushiji’s East Pagoda in Nara. In the center, a celestial nymph who plays heavenly music with Sho (pipe), Fue (flute), Kin (horizontal harp) and Kugo (harp) is arranged; around her, six hems of her dress are trailing like a rainbow in the sky to the music of six-tone scale. The keynote of this design is grace and refinement worthy of the dignity of the theater of the nation. 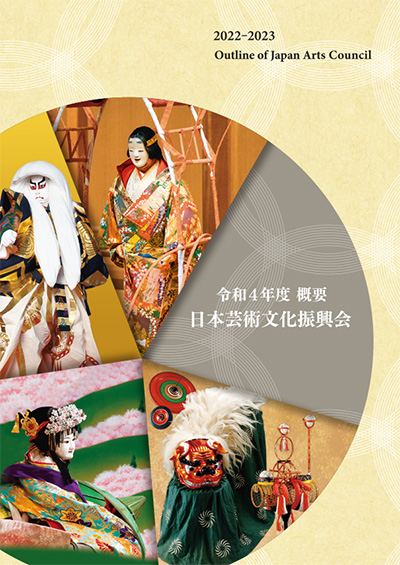